Friday 20th November was Cancer Research Football Shirt Friday. This is an annual fundraising event that encourages people to wear their football shirt to work and make a donation to Cancer Research.

The Premier Group team jumped in with both feet to support this fantastic cause. There were shirts on show supporting West Brom, Liverpool, Man Utd, Aston Villa and Leeds United. During lunch break the team enjoyed a well earned pizza lunch whilst participating in a football keepy-uppie competition. The work boots may have hindered performance for a number of team members; but fun was had by all!

Donations were collected via the official Cancer Research fundraising website with £100 + £25 Gift Aid raised. The website says “Your player of the match performance has seen you sail past the £100 mark! This could pay for DNA nucleotides, which scientists use to make copies of important genes, giving us clues about why things go wrong in cancer.”

Service Advisor Bex in full kit for her beloved Liverpool! 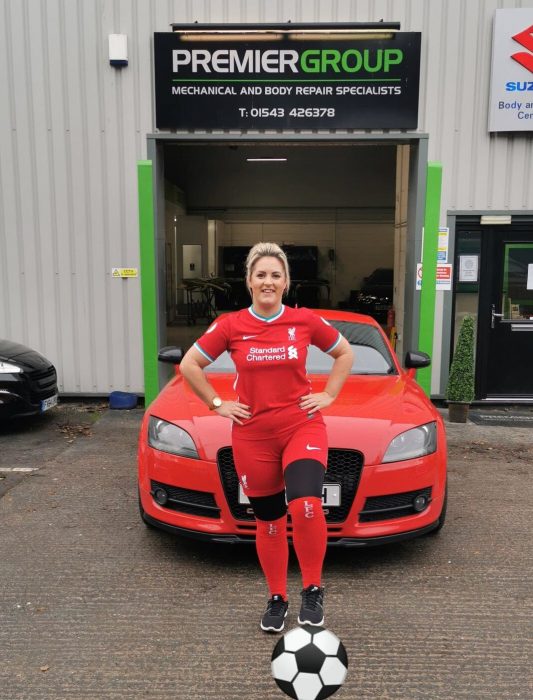